I ran this race last year with my leg still kinda broken, so I was eager to go back to a race put on by one of the coolest race directors known to man to try to do a little better.  Though my memory of the course from last year is pretty foggy, I do recall slogging up the biggest climb so ridiculously slowly last year, that I was still having nightmares about it.  Automatically this year would be better since my favorite person in the world was coming along, Greg.  Last year while I was suffering here in Squamish, he was also in Canada, running 100 mile race #8/12 for the year at Fat Dog.  It’s worth mentioning that Greg wasn’t coming this year to support or race me, oh no!,  but his huge man-crush on Gary Robbins, RD, drew him to the race.

So here I am back again and just totally relaxed.  I wish I could feel like this at all races.  I had taken the summer off racing after some disappointing results in the spring, and I was really jazzed to be back at it after pacing at both Western States and Hardrock.

I learned through pre-race interviews and predictions that Catrin Jones and Amanda Basham were going to be tough competition.  Catrin had beat me at Chuckanut.  Amanda is eight years younger than me.  They both turned out to be sweet as can be and I was happy to be running with them for the first half of the race.

I have had  a few good results by holding back early and being patient, so I applied that again here.  The first 10k is flat, so I just took advantage of that time to chat with Catrin and Amanda and enjoy the sunrise.  The rest of the race until the final mile was on bike trails with so many roots and steep climbs that I thought several times how impossible it would be to bike that trail.  I only saw one biker out there and he was going the other way, so I never saw how people navigate that crap on a bike.  But it made for interesting running!  I love bike trails for their banked turns, freaky bridges and always runable switchbacks.  It feels more like a playground when on bike courses!  My uncle Curley introduced me to them in Hood River, OR at Family Man.  I owe him for that.

One worry I had was that when I got tired during the race I’d just want to hang out and wait for Greg so we could enjoy the run together.  I wondered about him all race, hoping he was having a good time.  But I just figured it would be better if we’d just meet at the finish because we’d run faster alone instead of lollygagging together pointing out every mushroom and pretty flower.   I’m glad I had some time after my finish and before his so I could get over the post-race nausea, eat a full meal, retrieve the car, do some interviews and then be a real person again when he came in.  (I love you, Greg!)

The race was a success and the perfect lead-up for Run Rabbit (though I still really think 50 miles is plenty–why 100??), Les Templiers and TNF San Francisco.   I’m excited for the adventures ahead! 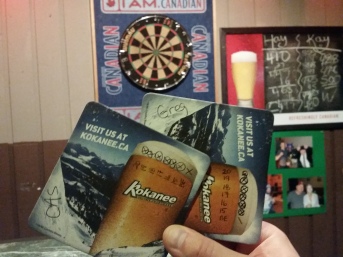 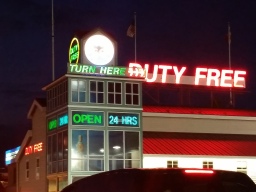